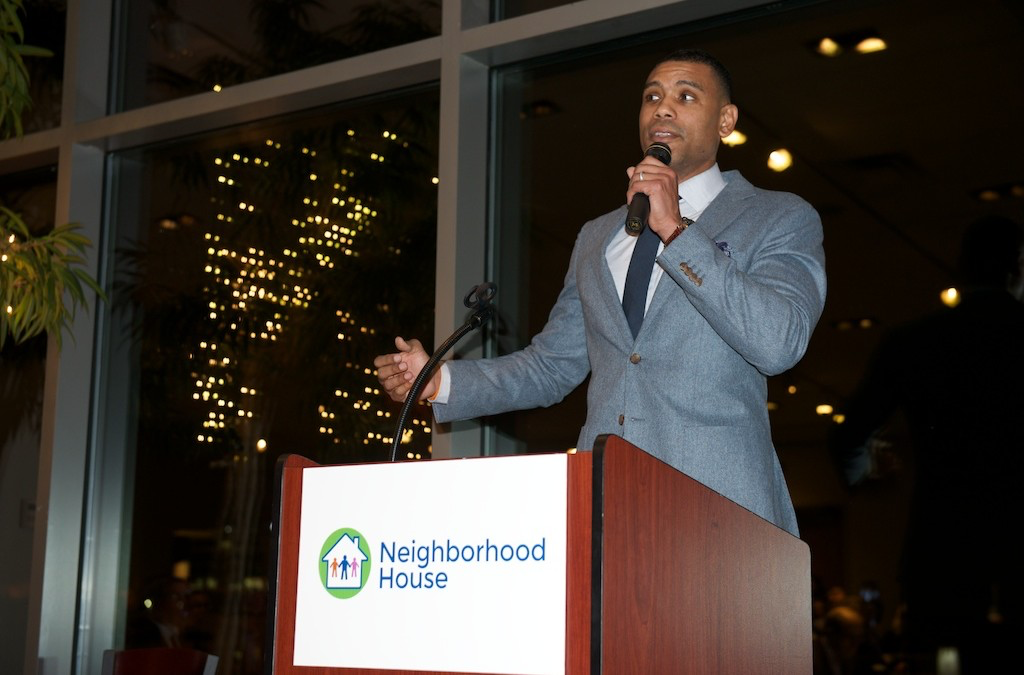 Earlier in the day, Allan and his father, Wade Houston and Milt Wagner, spent time with the youth and staff at Neighborhood House. During their tour, they experienced some of the impactful work that Neighborhood House does every day to serve children and families in West Louisville and got input from our children about their wishes and dreams.

Anthem Blue Cross Blue Shield Medicaid was the Presenting Sponsor of this year’s Race for Success. During her remarks, President, Cecelia Manlove, made a passionate call to action for guests to support Neighborhood House’s great work of serving those in and around the Portland community.

Guests attending Race for Success were also thrilled to meet other special guests.

Another fun surprise for guests was getting to meet designer, Zach Lindsey, another local celebrity, from Project Runway: Junior.

A special thanks to our sponsors and Event Committee for making the 2016 Race for Success a special evening for our guests and the children and families of Neighborhood House.