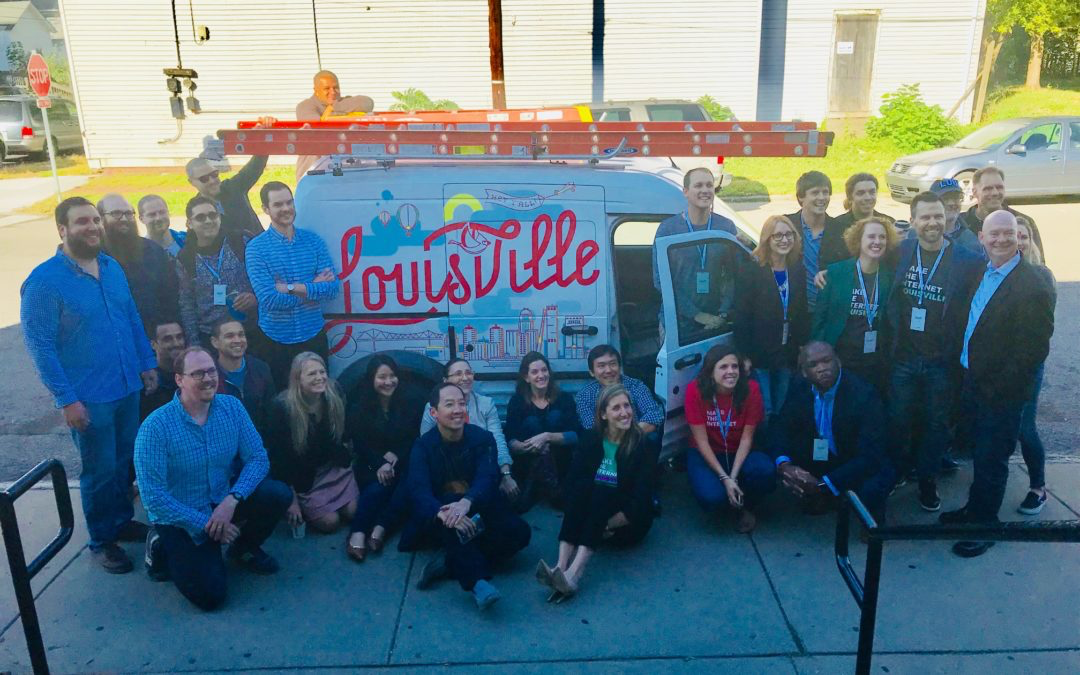 On Wednesday, October 18, Google held its official launch event for the new Google Fiber service in Louisville at Neighborhood House. The event, attended by Mayor Greg Fischer, other elected officials, and local business leaders, celebrated the arrival of the high speed fiber network in our neighborhood. The arrival of Fiber in Portland (one of the three neighborhoods where the service is launching first in Louisville) was hailed by Mayor Fischer as an important step towards bridging the technological gap between the historically underserved neighborhoods of Louisville and their more affluent counterparts. The new high speed internet will have a number of benefits to the Neighborhood House community, ranging from increased capacity so that more of our youth can receive the educational support they need, to increased speeds so that staff can work more efficiently.

Neighborhood House is incredibly grateful to Google for choosing us as its first community impact partner in Louisville. We are excited about the possibilities that this partnership offers for both the individuals that Neighborhood House serves and the community at large. Please visit the Google Fiber website for more information.